As Long As You Have A Laptop And A Cellphone, I Can Show You Exactly How To Start Getting Customers Consistently In 6 Days…. Even In A Covid Lockdown.

I Will Show You The Step By Step From Scratch

 What You Will Learn:

How To Create Cheap Ads That Convert Traffic To Paying Customers (So you’ll have a constant stream of customers who want what you are selling.)

How To Use Indepth Analytics To Improve & Expand Your Business consistently.

 How We’re Doing It?

1. EVERY DAY FOR 6 DAYS, I’ll dedicate 3 hours in teaching you via LIVE webinar what exactly to do and you will implement along with me plus you can ask Questions and get Answers on the Live webinar.

2. Then I will send you access to the video to watch just incase you forget anything.

3. You’ll be added to a member’s only Facebook group…..specifically for this class…. for support and accountability.

2. COMMITMENT. You’ve got to be committed to finishing this thing through.

No experience is required

The skillset I’m going to teach you is something you can never UN-LEARN and it is your knowledge forever.

The Skillset is the ability to build an eCommerce store and get customers - every business on EARTH the wants this.

When the above timer hits 0.

This is a ridiculously cheap offer and you and I know this.

Websites developers charge between ₦120,000 - ₦600,000 to build an eCommerce site that is not even conversion optimised, instead of having to chase a developer every time you need changes made, do it yourself.

Digital marketers charge between 15% - 25% of your advertisement budget to run ads for you and those ads are not even optimised to convert traffic to customers.

The price will increase anytime soon.​ 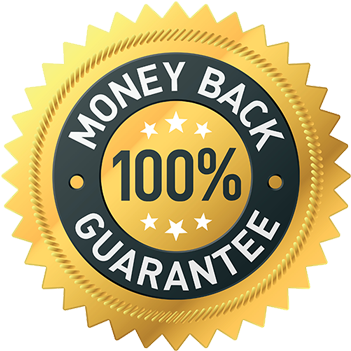 WebNIG will help you start a successful eCommerce business. We guarantee it or you'll get a full refund of your investment.

Join the first two calls for WebNIG eCommerce webinar and invest the time to complete the action items after each of those calls.

If at any time within the first two calls you feel WebNIG eCommerce webinar isn't for you, simply email us with your completed action items and we will provide you with a prompt and courteous refund.

So you have nothing to loose.

The pdf format of certificate of completion would be issued and sent to your email box on the last day of the training. This would be useful for you when applying for jobs and when applying for advanced courses to step-up your IT career. 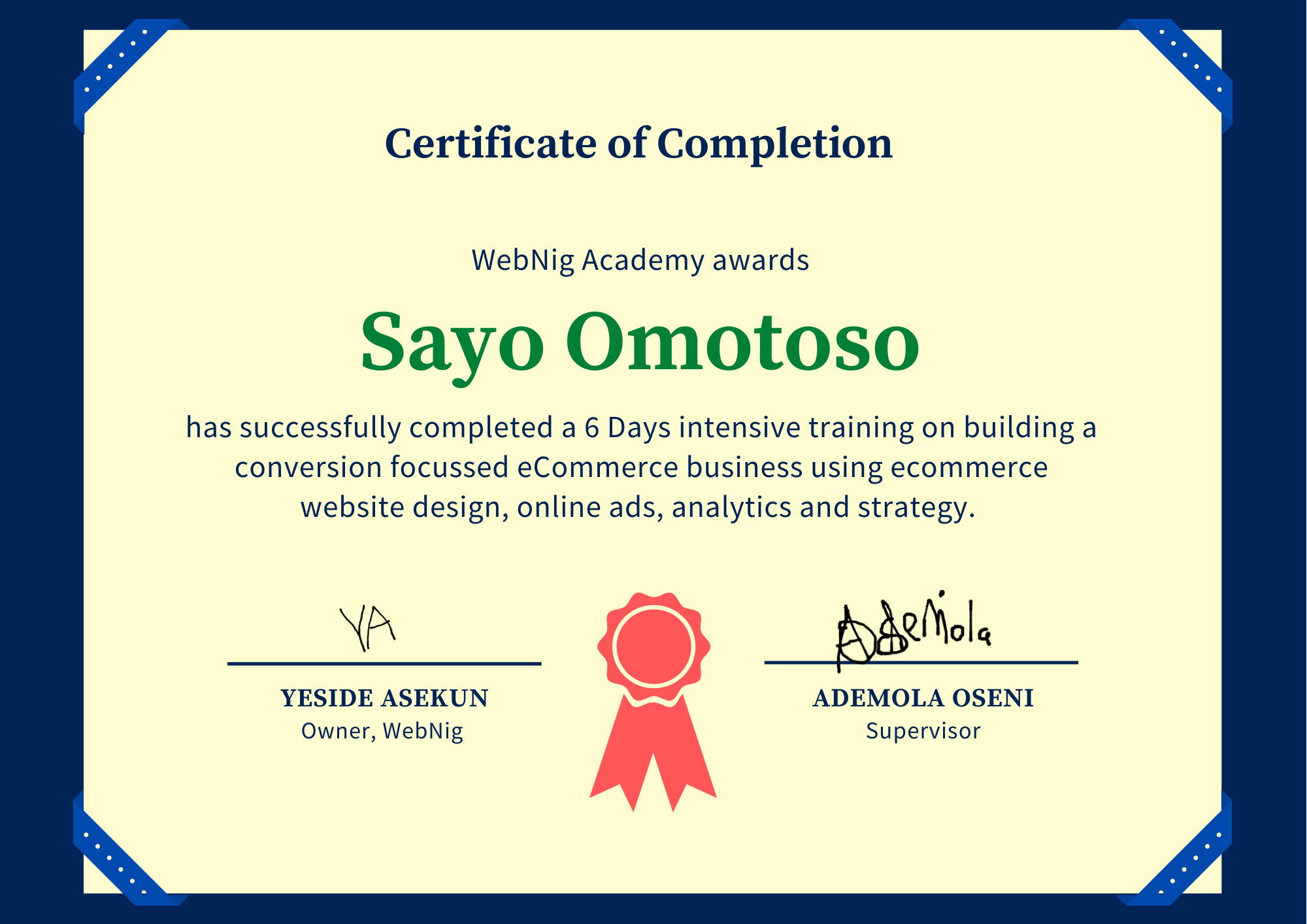 WHO NEEDS THIS LIVE COURSE?

This course is for only 4 set of people

Anyone who has inventory currently gathering dust in the shop or warehouse right now.

Anyone who is without a job or worried the company they currently work for might lay staff off soon..

Anyone looking to expand their business's income and reduce their stress.

Anyone who is retired but not tired and wants income beyond their pension. 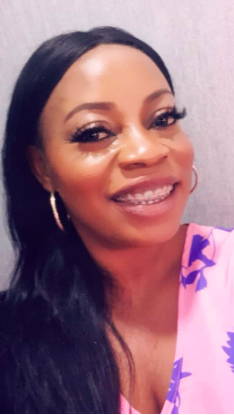 My name is Yeside Asekun, people often call me Yesikoko. 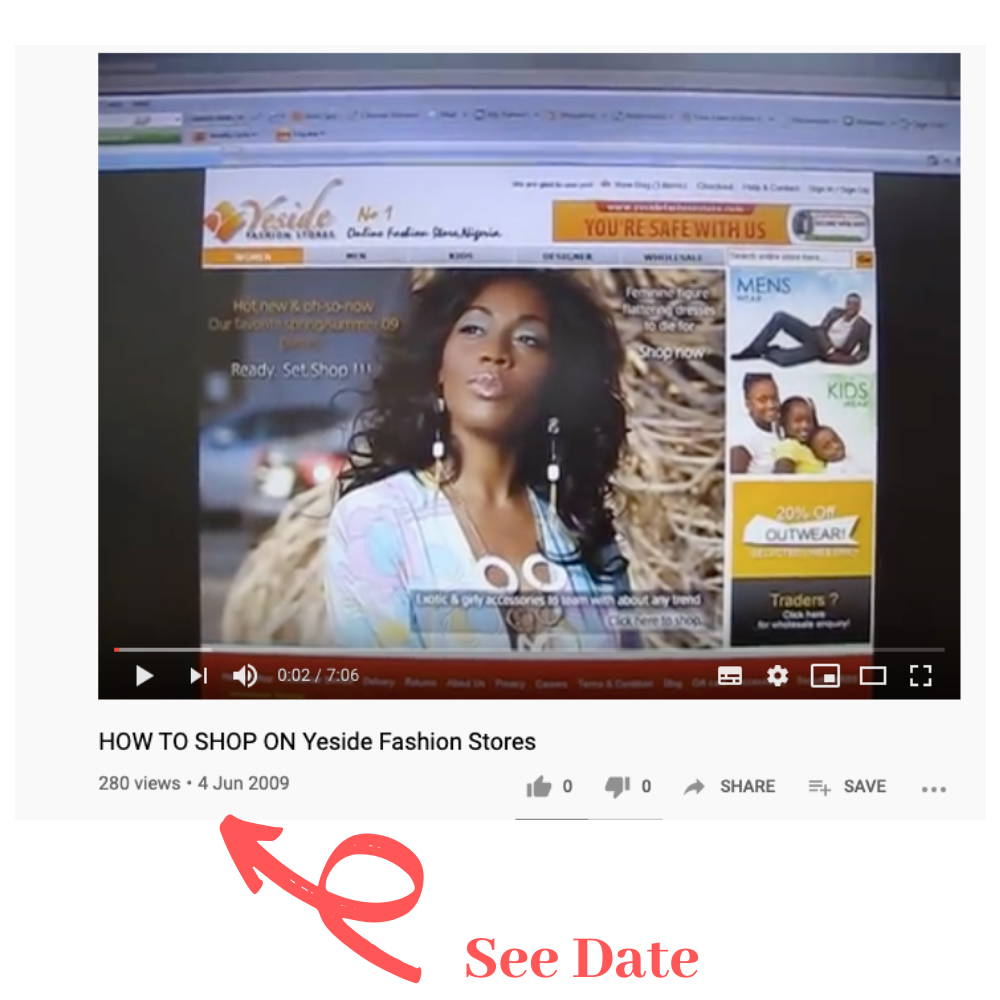 Why did I close it down? I had bought an inventory of boyfriend cardigans that were selling so well so after a few months of it “raining” trending, I “kuku” packed the bulk of my capital and bought about half a container full of boyfriend cardigan but on getting it to Lagos even though it was still selling well I was unable to scale it i.e get a larger number of people to buy it. The audience I had were my Facebook page followers and the few customers I got from running ads and I ran out of money to continue because my money was tied in inventory that people wanted but I couldn’t reach the people who wanted it 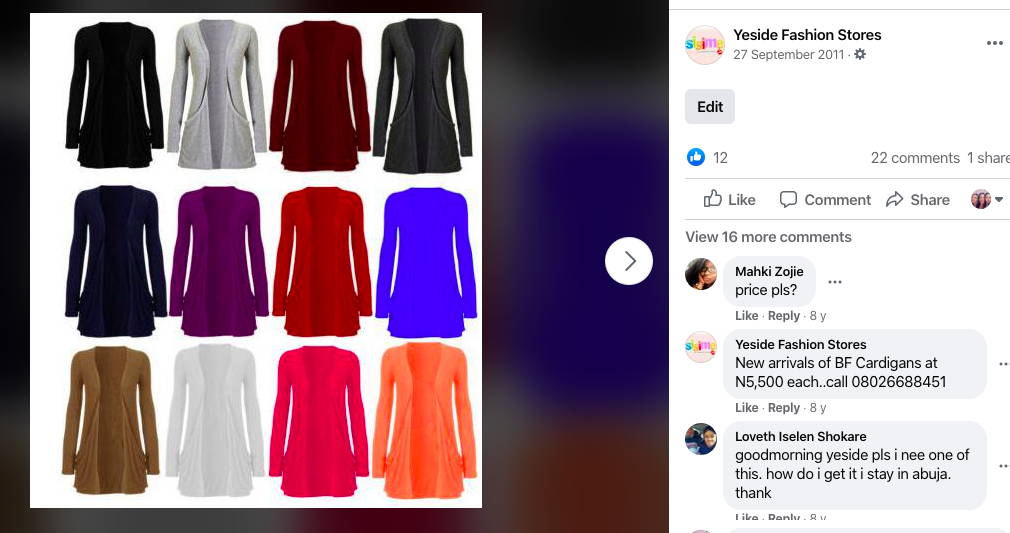 What did I learn? I cried 😭 cleaned my eyes and looked for the lesson and it was glaring that I did not have sufficient knowledge for running a conversion focussed eCommerce business. My first love “YFS” perished because I the custodian lacked knowledge…..simple!!!  Hosea 4:6 says: My people are destroyed for lack of knowledge: because thou hast rejected knowledge. I needed to close that knowledge gap before I started another eCommerce business. I needed to gain knowledge. 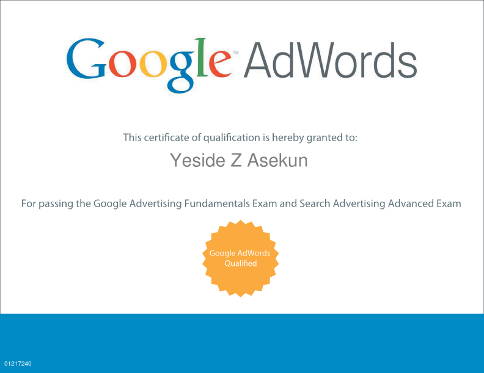 What changed ? I was already working as an SEO analyst in an eCommerce firm by this time in London so I started paying close attention to the conversion optimisation guys. I made close friends with them and started asking them questions and that was when the strategies I am going to reveal to you was taught to me. Same strategy I used in adding value to the many eCommerce businesses I have either worked or consulted for. It is this strategy and much more I will be sharing with you soon.

In those days it was hard but in these days and age it is so much easier because we have sophisticated tools and strategy for selling out inventory and there is really no reason for any fashion retailer, pharmacy, restaurant or online academy to suffer from "Slow-Moving Stock" and yet merchants still have problems with “selling out” their inventory because of lack of knowledge. ... Simple!!! 🤷 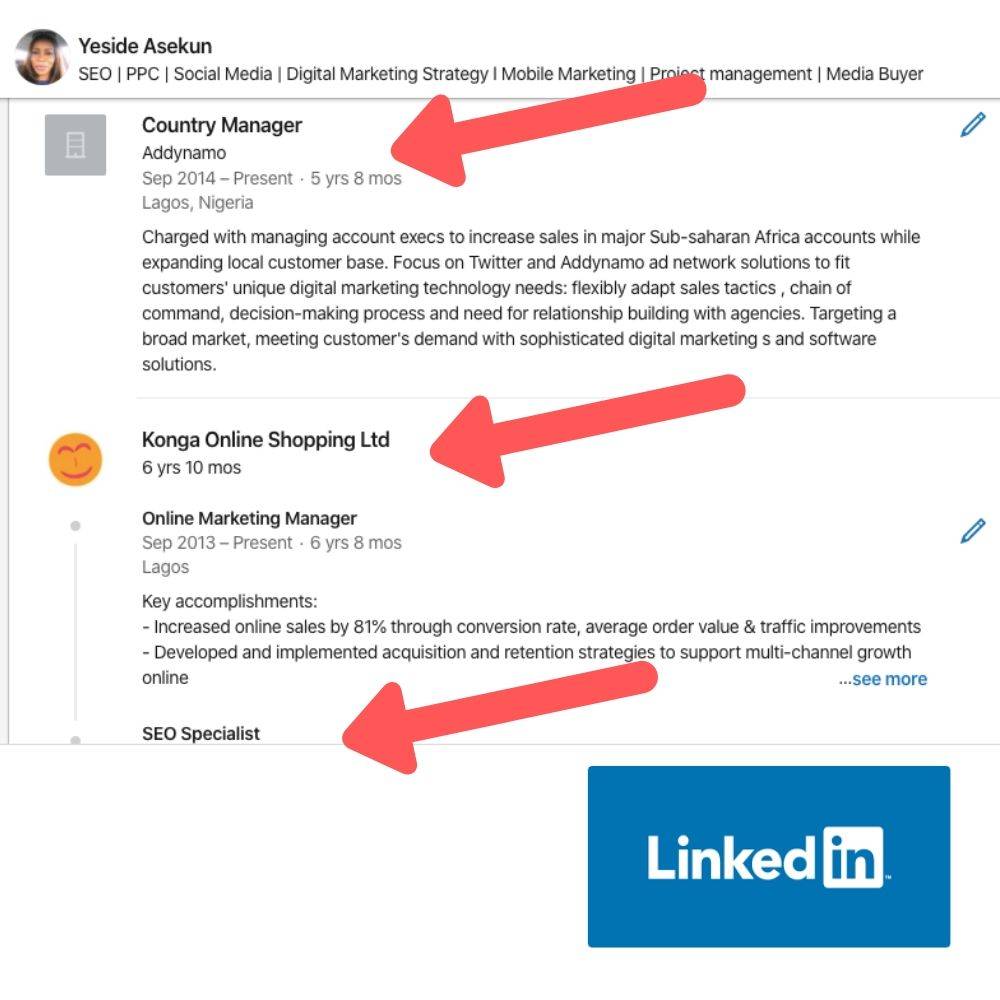 Some of my earnings online during the lockdown. Let me show you how? 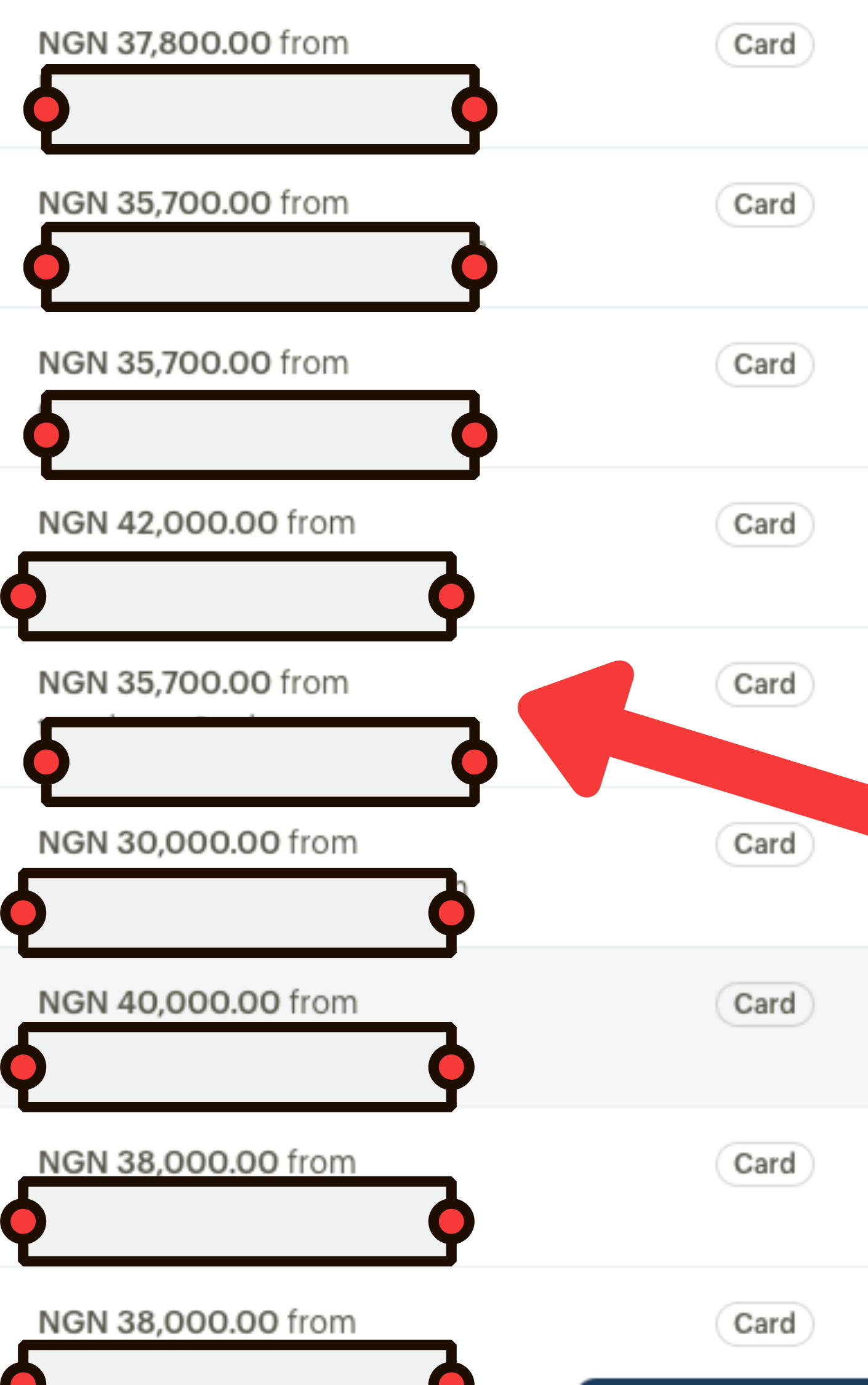 What Do Others Say About Me? 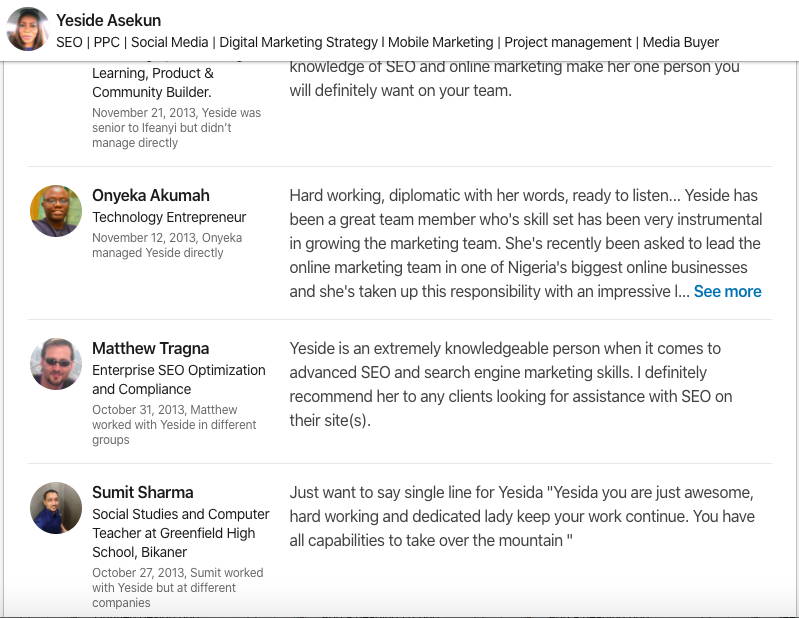 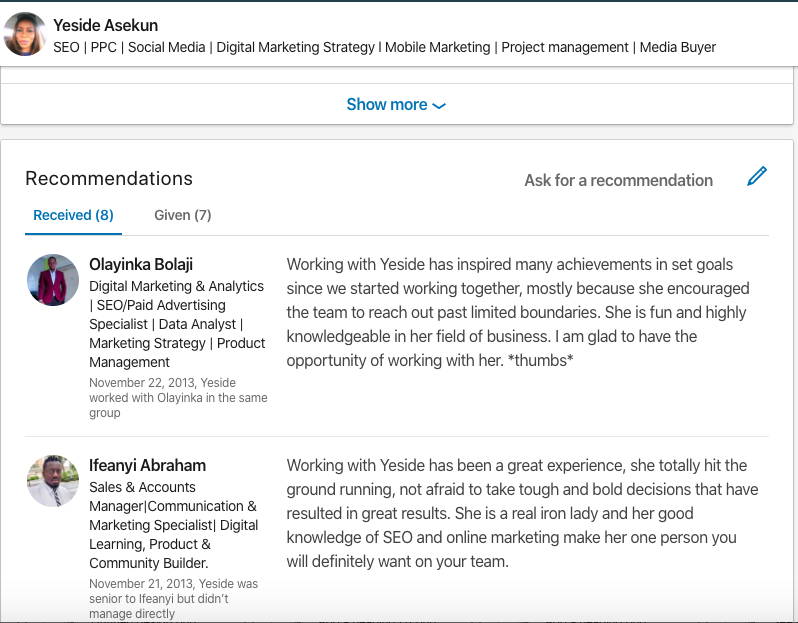 This is a CLASS intended to help people learn how to use the Internet to get more customers. It is NOT a "business opportunity".

Disclaimer: We don't believe in get-rich-quick programs. We believe in hard work, adding value and serving others. And that's what our programs are designed to help you do. It takes a lot of time, money, and effort to succeed with a business. The average person who watches or buys any information on "building a business" (or something similar) gets little to no results. The sales figures stated in our trainings are my personal sales figures, and those of my students. They are NOT typical. There's risk involved with any business, and we do not guarantee any monetary gain.